ROLL OUT THE PARTITIONS 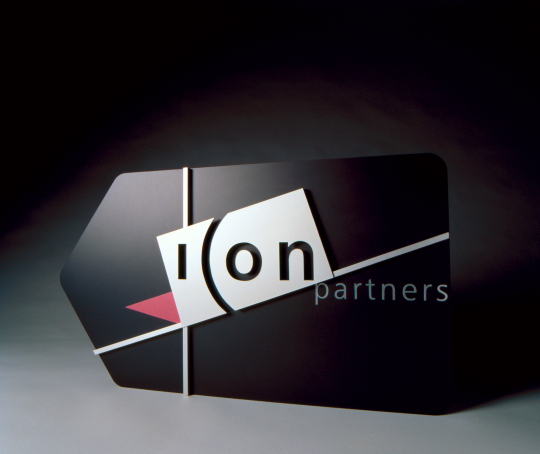 ‘Bespoke signage’ – a change in direction- Image by samkaranikos.com.au

During the first five years of his professional career as a designer, Homicki was challenged to create and market the pieces he made. In order to demystify the process of earning enough money to make design a lucrative, long-term career, he realized that a designer can never really anticipate the path they’ll take. In fact, it became evident during this time period that he would need to roll with the projects regardless of their size and scale in order to make a name for himself. 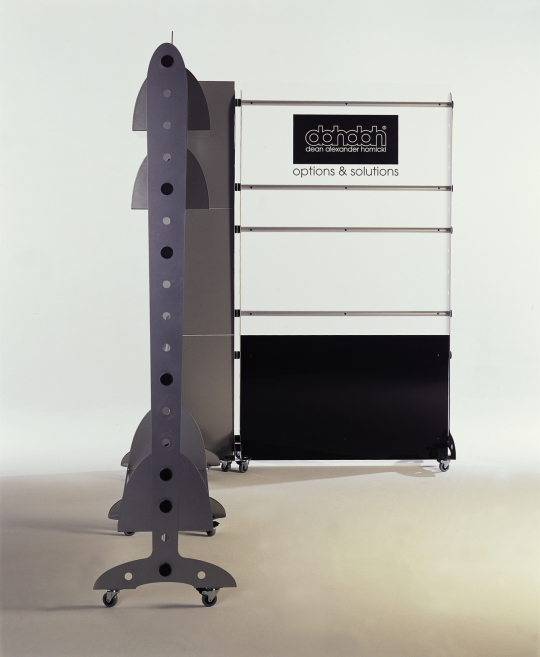 In 1997 or 1998, there was a furniture trade show in Sydney, Australia that Homicki participated in for the purpose of selling his lighting designs, officewares and general services as a designer. What’s interesting is that following the limited edition lighting designs he created, which featured flat pak designs used to display the products he brought, he dug into the idea further and made the display stands using the same flat pak design concept. 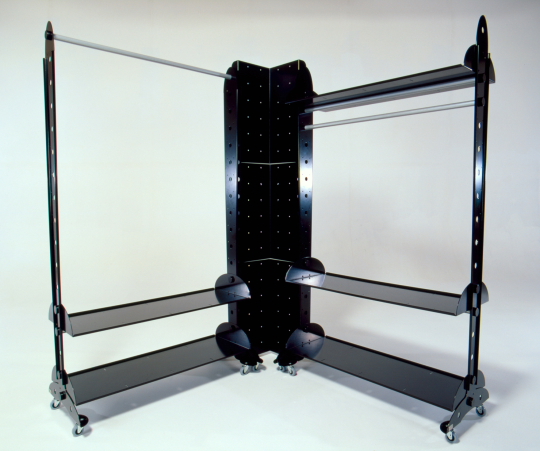 What’s funny is that instead of selling much lighting or officewares at the show, his display or partitioning system was an instant hit. Eventually they would become retail display stands that could be made into sound absorption panels as well. He was even contracted by a large café and corporate center in Sydney, banks, and advertising firms to create these very types of systems for them following the show. 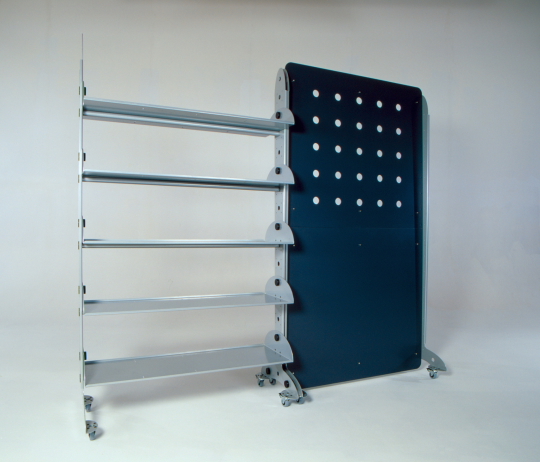 While the interior architecture designs are a field’s throw from the jewelry designs of his early professional career, it hit home with Homicki. During his years at the Royal Institute of Technology in Melbourne, he had developed a fascination with architecture – specifically Eisenman Architects and Frank Gehry before the world caught on to their ingenious ideas – and he says that he definitely spent every last dollar on architectural books that lined his shelves. Awestruck might be an understatement to the way he reacted to their cutting edge projects. And needless to say, Homicki would find himself inching closer to the world of architecture he so intently admired after the Sydney trade show of 1997 that opened his mind to larger projects that were just around the corner. 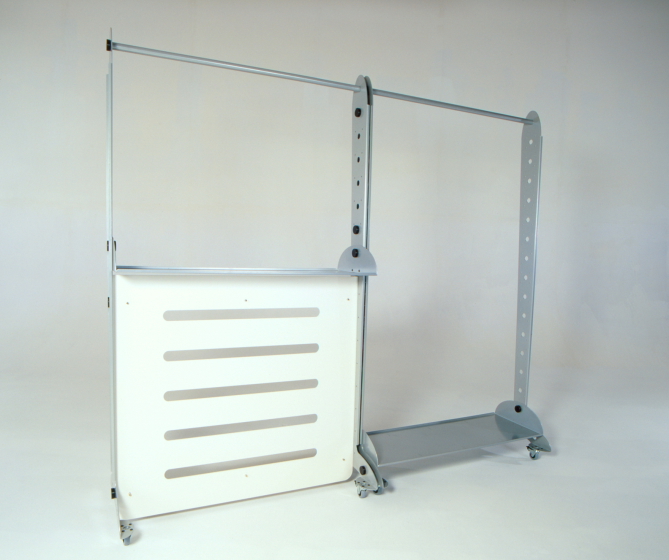