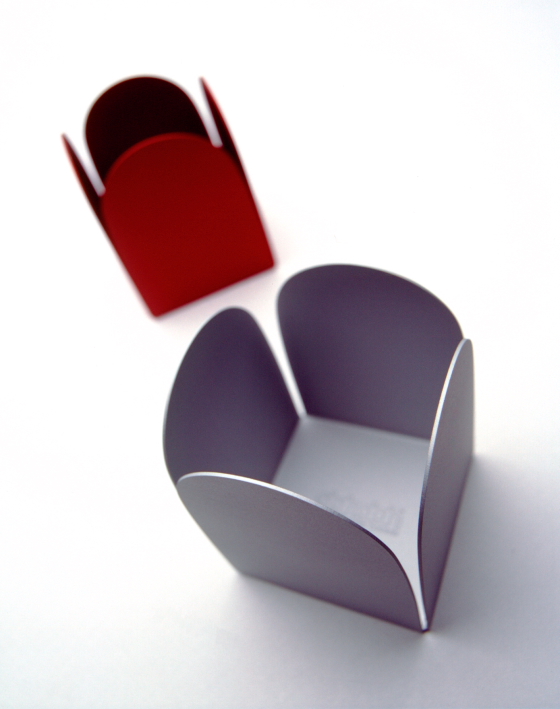 During the dynamic years between 1997 and 2000, Dean Homicki’s industrial design company of dahdah moved away from the hip jewelry designs he had previously created for the David Jones and Myer department stores. While the designs he created still marked a pivotal point in Homicki’s career, his natural entrepreneurial ability afforded him to deal and distribute his own products, it was also a period he was willing to grow past. 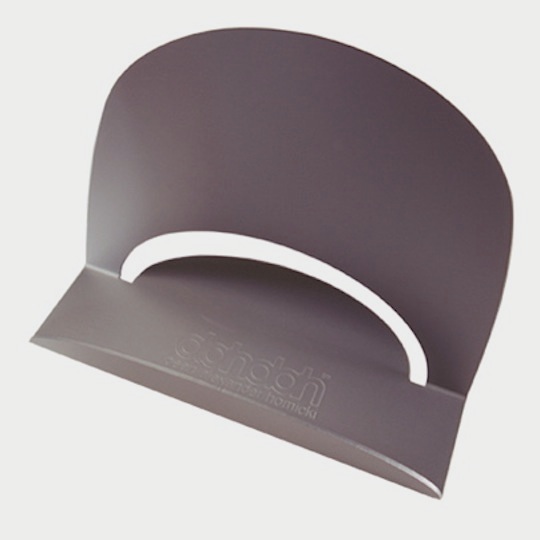 After all was said and done, it required persistent hard work, tenacity, drive, and yet the challenge was still to develop products and brands with only local recognition while staying focused on the bigger picture. 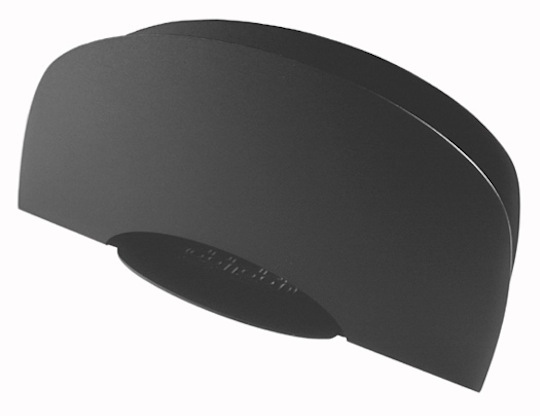 Never a dull moment in the world of dahdah, the three year period between 1997 and 2000 capitalized on the beauty of engineered aluminum. Homicki was tasked with a collection of sleek officewares for David Jones – business card holders, document trays, bookends and compact disc holders to name a few– that set itself apart as contemporary selection of pieces that were “punched and stamped in a way to allow folding”. Perhaps reminiscent of his earlier Dadaistic approach to design while at the Royal Institute of Technology at Melbourne, Homicki’s officewares found an international spotlight in the markets of Germany and France as well. 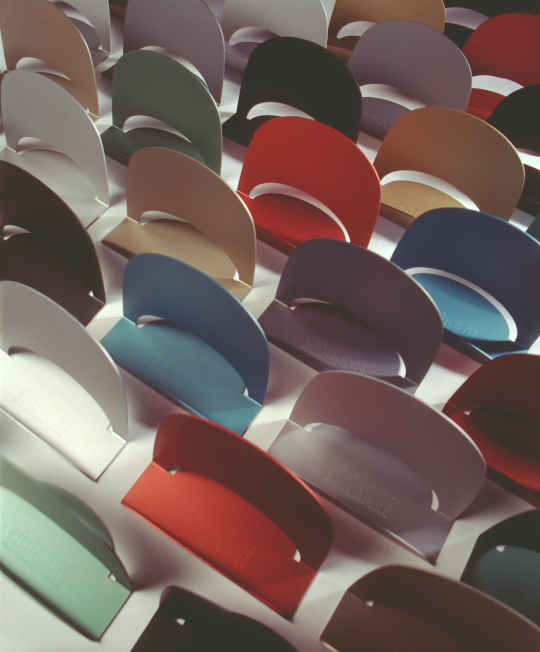 While most of the folded aluminum and acrylic designs in his officewares collection for David Jones designs were easily mass-produced in his workshop, the business card holders and ashtrays relied on his technical training as a silversmith and goldsmith. For example, the business card holders (shown below) were of a slightly higher price point since they were designed with a “beautifully machined, or better said, engineered” style of detailed manufacturing, says Homicki. 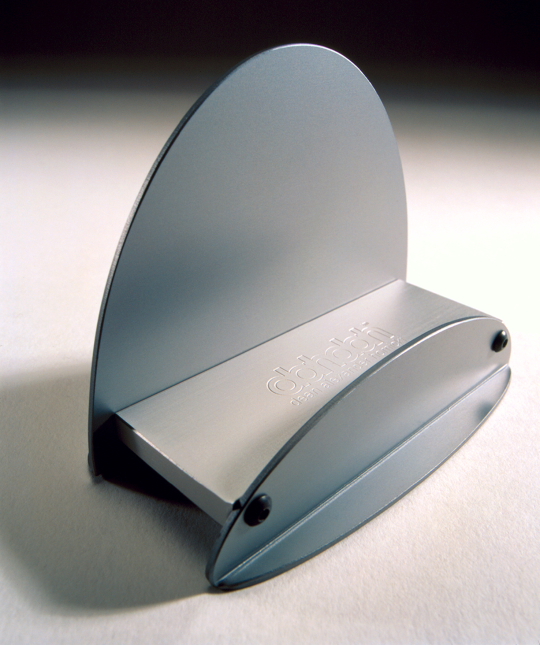 The beautiful ashtrays created exclusively for the Australian store, Empire Homewares, are unfortunately now the only design of the officewares collection that can no longer be used in offices due to the smoking bans. Needless to say, Homicki is most proud of the well-resolved ashtray design that lends itself to those select meetings that are better done over a good cigar, and thus still serve the officewares collection. 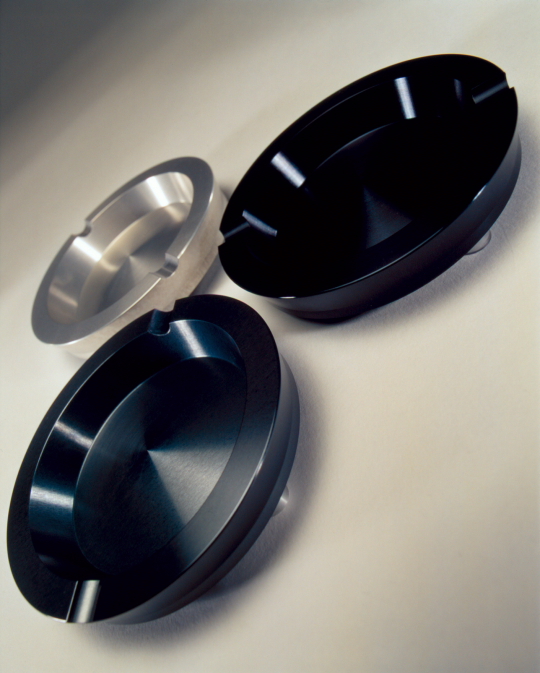 “Created from a single, solid piece of marine-grade aluminium, the ashtray’s cup at the bottom disguised the way the piece was held for machining during the manufacturing process,” Homicki says of the challenging, yet extremely gratifying finished product. 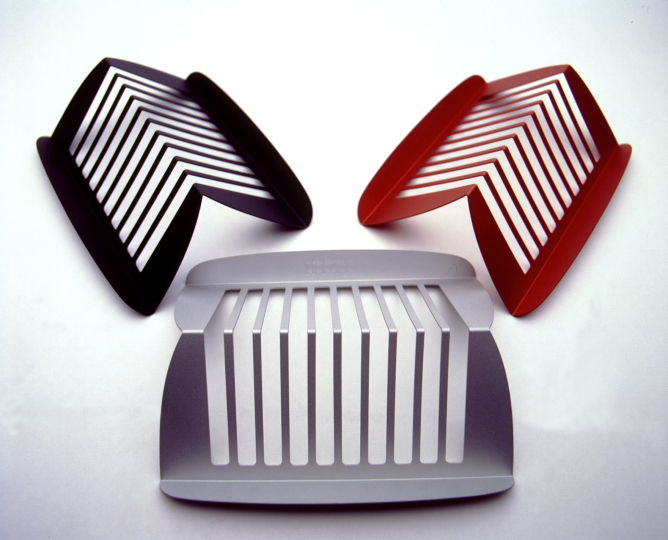 If the internet marketplace for designing and shopping had been around ten years prior, there’s no telling how successful the officeware designs for David Jones and Empire Homewares could have been on a larger world stage. 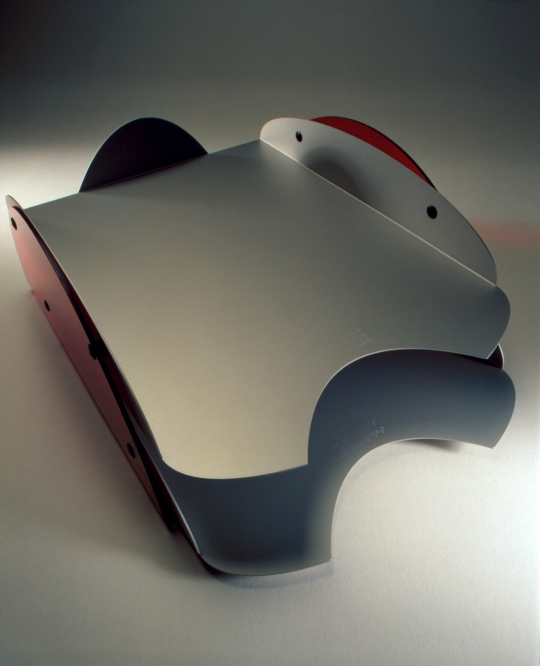 Lacking the financial resources during this period, Dean never stopped evolving with the needs and opportunities he saw in the market – combined with his intuitive approach to taking chances – Dean Homicki’s portfolio would continue to expand into even greater markets.