A HEAVY DOSE OF COURAGE

While the few years we spend in university surely does not shape us for the rest of our lives, they offer a brilliant starting point in describing the progress we make as highly evolved human beings.

For the Australian designer, inventor, and entrepreneur we know as Dean Homicki, his years of fine arts study with a focus on goldsmithing and silversmithing at the Royal Institute of Technology in Melbourne certainly started his quest for wanting to help make people’s lives easier. And since his years at RMIT, it is evident that this ideal of his has not changed at all. 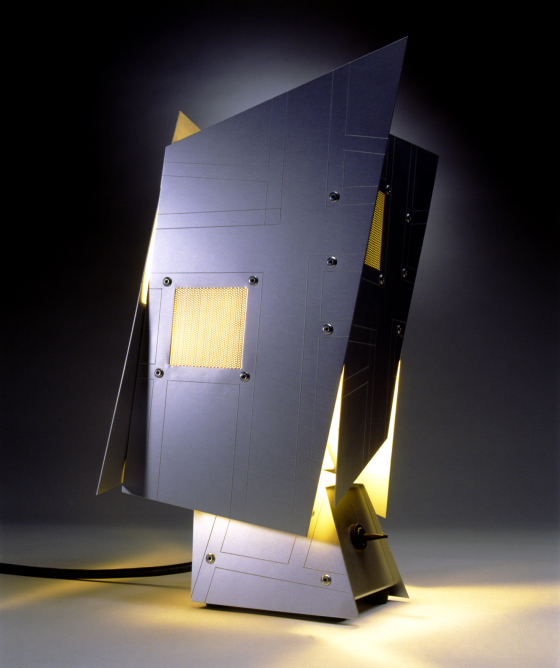 Instead, the initial phase of Dean Homicki as a creative designer in his last year at RMIT may be loosely described by his fascination with post-WWI, Dadaistic views of “out with old and in with the new”. While it now seems like a fleeting time in his life that he felt compelled to reject the past, Homicki very much agreed with of the European avant-garde mentality at the time. Enough so, in fact, to create an industrial design company he titled dahdah in his final year that both pays homage to the ideals of Dadasim set by the negative reactions to World War I while doubly serving as the repeated initials of his full name: Dean Alexander Homicki.

While his belief set would eventually become more appreciative of preserving the past – just as he began to appreciate the theories behind architectural design – the first designs he created on behalf of dahdah reflected contemporary artistry in the form of six limited edition lighting designs he crafted in 1995.

Each table light incorporated an assortment of irregular, geometric pieces of recycled metals. Since the lamps were made from only found objects with re-conditioned light fittings, they were especially unique and unlike anything people had seen at the time. Containing a bulb whose glow could be seen on all sides of the fixture, the limited edition lamp designs showed off Homicki’s ability to direct illumination using an original piece of early “green-friendly” art. In fact, they were so far ahead of their time that they won an eco-design competition in Sydney, Australia back in 1995 for Homicki’s use of reclaimed materials. 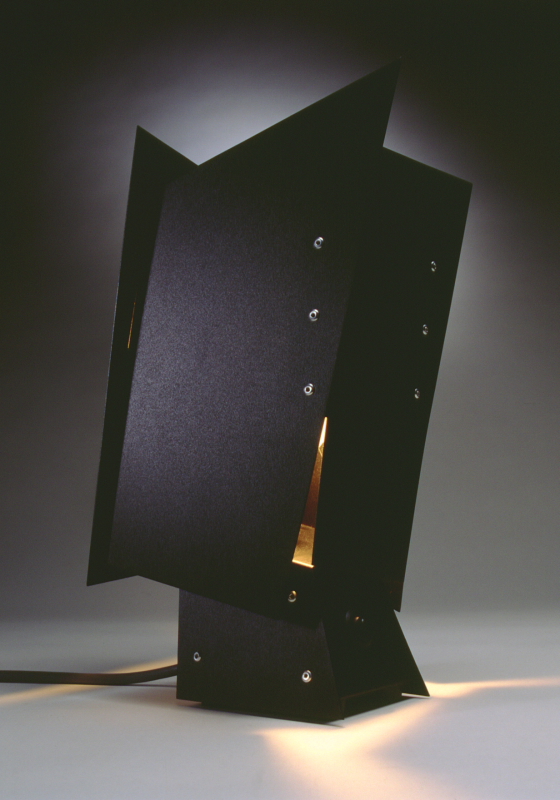 “The process of making each light was an assembly using rivets,” reflects Dean. “They were completely ‘cold-joined’, without welding or soldering. This is still a process I use today. It has a low impact on the environment as all the parts can be disassembled after use.”

While Homicki’s RMIT education was curated by the teachings of fine artists such as Junju Kinishi, Marion Marshall, Daniel Jenkins, and Debbie Sheezel in everything from jewelry to metal sculpture, it took more than skill to launch his lighting designs and embark on a career in design, it took a heavy dose of courage. Always following the beat of his own drum, Homicki says it best: “Design became a way to see the world – to view, communicate and improve the world through personal development and career.”

Now an insightful design entrepreneur in the industry who is dedicated to inspiring young designers to take calculated chances on their own creativity, Homicki’s roots with his inventive dahdah work is a conversation worth having from start to finish. As we all know from personal experience, there is no better way to learn and grow than to overcome the trials and tribulations that arise when setting out on your own.