EVERY LAST DETAIL – D+ to DTAC

The trade show of March 2001 started a new era for Dean Homicki. Sparked by a bid that he won to create what he calls “tactile indicators” with LAB Architects for Federation Square in Melbourne’s Victoria, his sights were set on presenting DTAC with the tagline “Safety Just Got Sexy” and a campaign to guide the vision-impaired through small, stainless steel circular designs that, as he states, “acted like brail for the floor”. 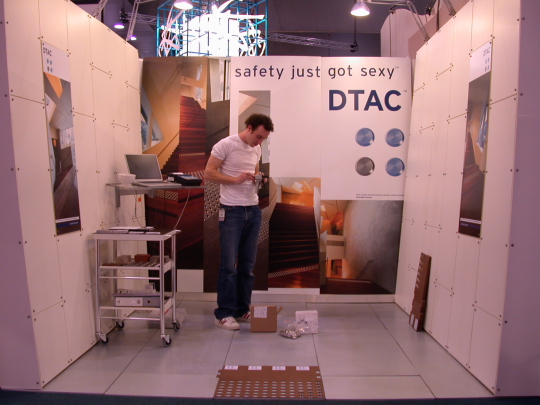 DTAC – The new company 2001 – Designbuild trade show that would shape the next 11 years and merge Homicki’s design and entrepreneurship on an unprecedented scale.

The contract he landed to create the tactile indicators for Federation Square occurred during a simultaneous push for new and interesting architecture nearby that had just begun to really take off in the late 1990s. Only helping the desire to create a more visually stunning public masterpiece, the tactile indicator business was a definite turning point. 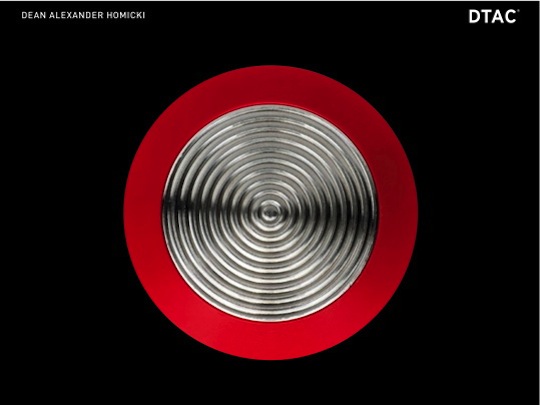 ‘The tactile ground surface indicator’ (TGSI) – Homicki went on to design an international systemised business that would shape the future of the entire disability industry.

Homicki’s explicit attention to every last detail made his DTAC tactile indicator designs an uncompromised and high quality thing of simple, durable beauty. Along the same line, only the best digital signage would represent the “Safety Just Got Sexy” idea. Homicki paid a small fortune for his booth’s signage at the trade show of 2001 to make sure it showcased the invested energy and time he put into his work.

It was a point in his career that marked a certain honor in creating pieces that he is proud of, pieces that rose to the occasion with the same integrity he had retained through good times and the bad as an individual designer in a complicated and competitive industry. 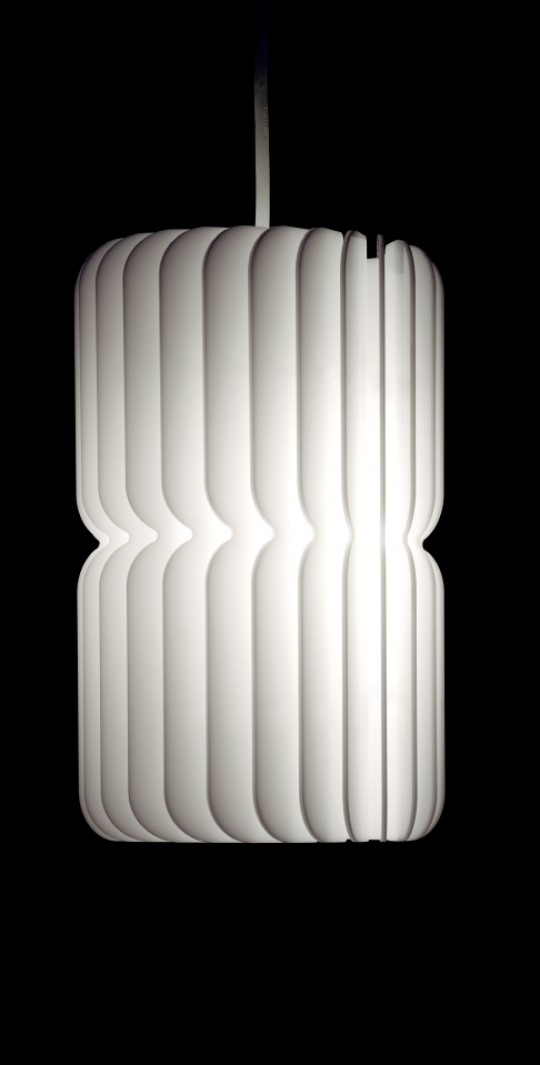 During the same time period, from 2001 to 2003, Dean Homicki also started another line of lighting designs that fell under a customization service on the side of dahdah that he called D+. Over this two year period, he created pendant lighting pieces for residential and commercial applications that hovered over a space with subtle grace. 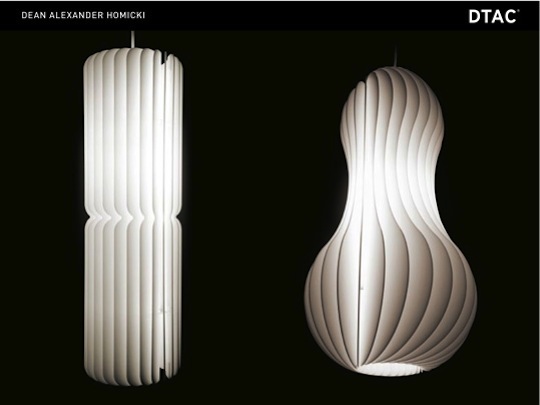 Using sand-blasted acrylic pieces that fanned out, the diffused pendant luminaires named Albert, Beatrice, “030610” and Anna-P were technical to manufacture –with a central core and tangent angular fans that locked in with teeth – but delightfully easy on the eyes. 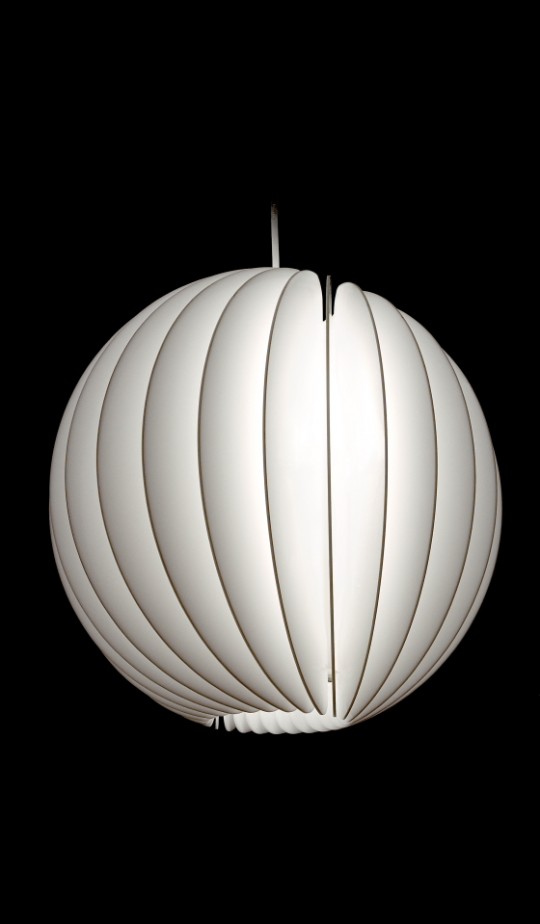 Each lamp was suspended by stainless steel wires that hung from base plates hidden behind the plaster of the ceiling using bolts that Homicki designed especially for this project. With four huge fluorescent tubes that came down the middle, the magnificent, effortless light fixtures brought him that much closer to his love for large-scale, architectural design.